– A beautiful lady on Friday, September 25, went in search of a partner online as she asked people to message her

– In her tweet, @adethayorr raised prospective lovers’ hopes as she said one of them could catch her fancy

A curvy beautiful lady on Twitter with the handle @adethayorr has gone online to ask men to woo her if they are interested in her.

In a Twitter post on Friday, September 25, she boldly asked people to shoot their shot, telling them that there may just be hope for one person.

Arguably, men are always known to do the chasing in Africa, the move by @adethayorr could go down as one of the confident moves by ladies on social media. 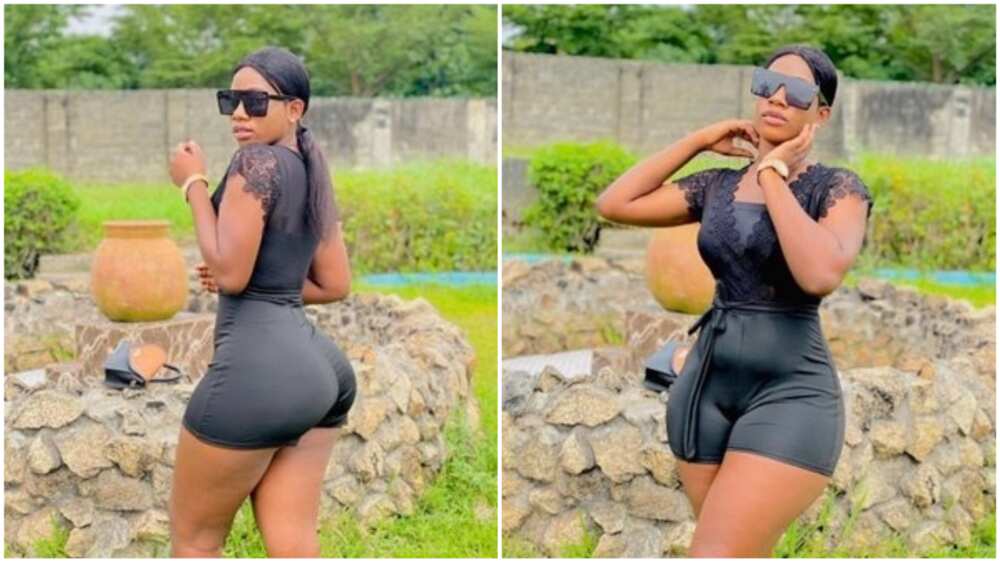 Attaching two beautiful pictures of herself, she made her call for a partner a perfect one. In the photos, she had a dark sunshade on and was dressed in a black outfit.

Her tweet’s comment section is an entertainment hub with several opinons. Below are some of the reactions:

“Hi dear, Please where are you staying in Abj? I will like to hangout with you dear”

“I wish to shot but my aim is poor”

“Don’t wanna hurt my self mehnn”

Meanwhile, Bioreports earlier reported that a Nigerian man with the Twitter handle @SpendoGustav0 revealed what happened to the relationship of his uncle and how his woman dealt with him.

In a tweet on Wednesday, September 23, the man said that his uncle deposited the sum of N2 million into his girlfriend’s account.

The money was meant to cover their wedding cost and he had to send it to her account as a way of keeping it safe so it is not gulped by other expenses. In a big twist, the said lady used the money to process her visa and travelled out of the country.