BBNaija: Vee talks to Laycon about Kiddwaya and Erica’s intimate moments in the house

– When asked about Kiddwaya and Erica, she stated that they’d be having sex

– Responding to Laycon’s reaction, she added that it was all they ever did in the house

BB. housemate Vee recently left social media users buzzing with mixed reactions following her recent remarks about some of the housemates who have been evicted.

While having a chat with Laycon in the garden, he asked about what she thought some of the housemates would be doing at the moment. 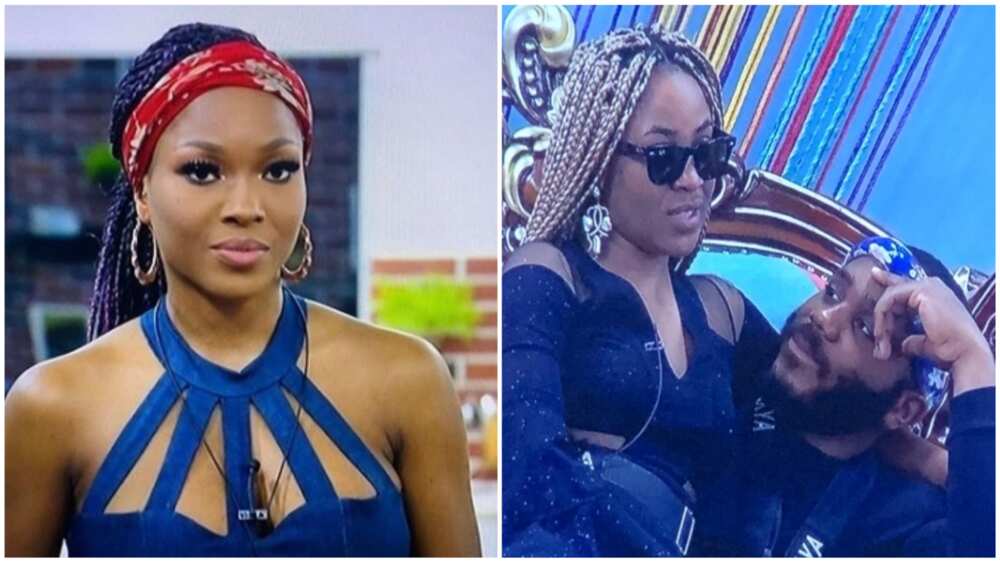 For Kiddwaya and Erica, Vee said they’d probably be having sex. To this, Laycon reacted with a shocked expression.

Vee, however, pressed on saying that was all they did in the house anyway. She added that she heard sounds from them at night that sounded ‘close to sex’.

She then admitted that it was hard not to have sex in the house, something Laycon said he couldn’t relate with.

When asked about Eric and Lilo, Vee said just like Kiddrica, the two would be having sex.

On Brighto and Wathoni, she said they’d be talking. When Laycon asked why she thought they’d be talking and not getting jiggy like they rest, Vee said it was because Brighto is the type that can wait for 8 years before committing sexually.

When asked about Tolani Baj, she questioned what her business was with her (Tolani). Then, she added that Tolani would probably be begging Prince for forgiveness.

Recall some minutes after Tolani Baj was evicted, it was brought to light that she expressed interest in Neo, who is Vee’s boyfriend.

Meanwhile, it appears Kiddwaya really meant every word when he said he was done talking about other housemates and a recent interview has left social media buzzing.

In a live chat with Nigerian music exec turned blogger, Ubi Franklin, he was asked about how he managed a friendship with Laycon despite having Erica around it.

His reaction to the question has left many people amused.

BB.: N85million is not small money -Kiddwaya explains, reveals why he likes Erica | .

FG Calls For Collective Efforts To Surmount The Nation’s Challenges