BBNaija: TrikyTee comes up top as Bioreports readers decide who they want evicted next

– Bioreports conducted a poll on which housemates amongst Laycon, Dorathy, Trikytee, and Ozo would leave the house on Sunday, September 20

– 43.2% picked TrikyTee as the housemate they wanted out of the show

The eviction of Prince and Kiddwaya on Sunday, September 13, saw only seven housemates remaining in the BBBioreports house.

With Nengi as the current Head of House, she has escaped eviction including Neo and Vee, leaving Laycon, TrikyTee, Ozo, and Dorathy to be up for eviction.

Just recently, Bioreports conducted an online poll to find out which of the housemates they would like to leave the show on Sunday, September 20. 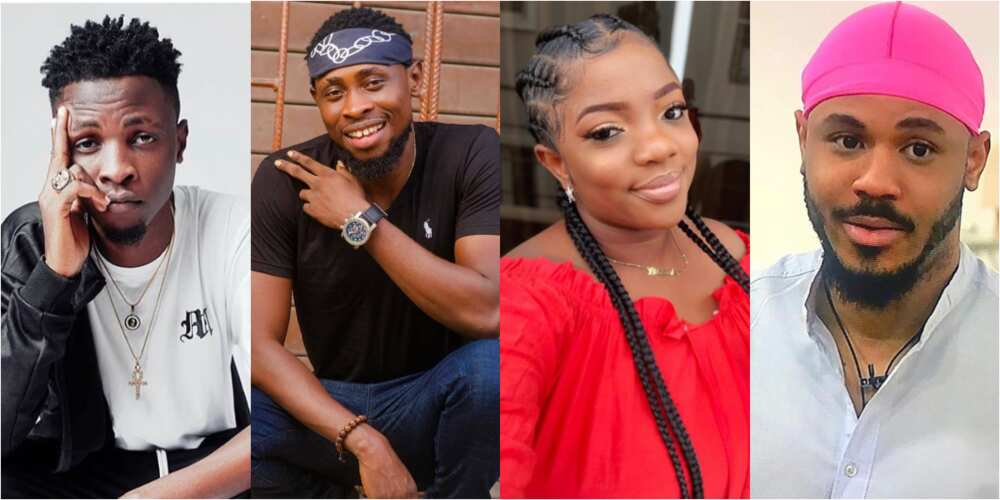 In the poll which was carried out on Twitter, 32.1% voted that Ozo should leave the house, while Dorathy had 15.6% votes.

The View’s Meghan McCain Gives Birth to Her First Baby

Laycon having the least votes is not surprising as a lot of Nigerians have been campaigning for him.

A fan of the musician-housemate called Akinwande took to Legit’s comment section to state that Laycon is a tree planted by God and cannot be uprooted by anyone.

Just like Akinwande, many Nigerians are sure that Laycon will make it to the top five and even bag the N85 million prize money.

In other news, Bioreports earlier reported that how TrikyTee and Ozo won money and a trip abroad.

The duo won their Pepsi task which involved them singing and performing a song of one of the brand’s ambassadors.

Triky and Ozo who were in Team Tekno greatly impressed the housemates and obviously Biggie as they were named the winners.

As a reward, they were both given N1 million each as well as an all-expense-paid trip to Dubai for the One Africa Music Fest and also a year’s supply of Pepsi.

After their win was announced, their joy was so obvious especially TrikyTee who admitted that he had never been outside the shores of Nigeria.

Nigeria’s war against terrorism: So far, so good

By Eric Ikhilae, Abuja A High Court of the Federal Capital Territory (FCT) in Maitama, Abuja, has awarded N50 million...

Why we shelved planned strike, by Labour