– Kiddwaya said that when he likes a woman, he respects her and don’t cross that boundary

The billionaire son recently cleared the air about their friendship, stating that he respects her a lot.

According to him, he cannot have any romantic relationship with the Gelato crooner because he only sees her as a friend.

While in the house, Kiddwaya once told Erica that one of the people he has been emotionally vulnerable with is DJ Cuppy. This came as a surprise to many as the musician did not talk about her friend while he was in the house. 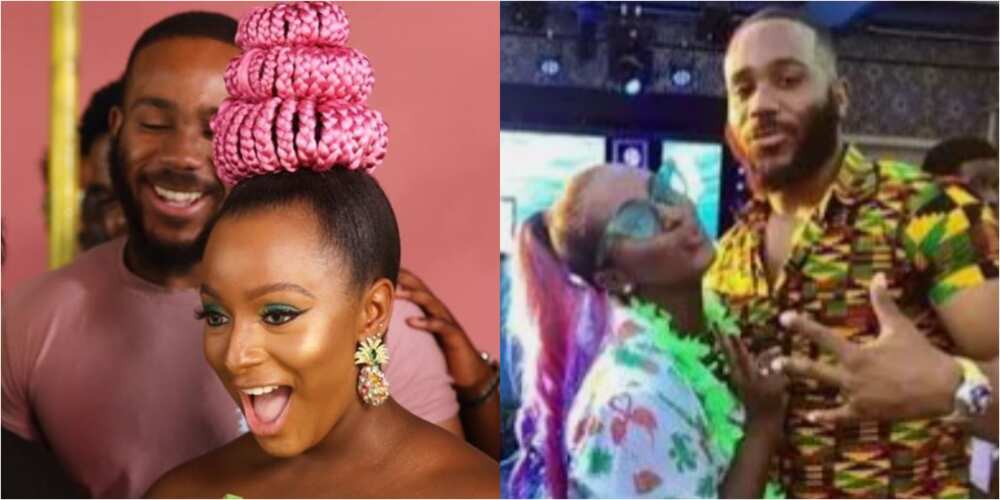 When the billioniare housemate was evicted, Cuppy shared a photo of them together as she welcomed him from the house. While some people think that both billionaire’s children look good together as a couple, Kiddwaya set them straight in his recent interview.

“I see Cuppy as a friend, we usually talk about everything. I don’t know why people think you can’t have a best friend as a female without feelings. When I like a woman, I respect her and don’t cross that boundary and demand for a relationship. I wouldn’t make any promiscuous move at Cuppy because I respect her. We are close because we have the same set of friends and our fathers are close friends too,” he said.

In other news, Bioreports earlier reported that Kiddwaya’s brother Al Giani spoke about their wealthy background.

Al-Giani had a lot of say about his younger brother and shed more light on the kind of upbringing they both had. According to him, their billionaire father only empowered them with quality education and gave them the opportunity to make their own name

Speaking on the relationship with Erica, he pointed out that it was quite unfortunate that the young lady had to leave the show on the grounds of disqualification. He, however, added that God works in mysterious ways and has a way of changing things.

By Tajudeen Adebanjo A total of 38,005 Ford Mustangs will need to go back to the dealership as the National...