Afcon U17: Tanzania name squad for annual competition in Morocco

– Kimmich has been playing Champions League football for Bayern since 2015

Joshua Kimmich who currently plays as a defensive midfielder for German, European and world champions Bayern Munich has set a new record in the Champions League after his side’s win over Lazio on Tuesday night, February 23.

Bayern Munich were at their best in their Champions League round of 16 first leg encounter beating Lazio 4-1 in a game that Robert Lewandowski and Leroy Sane scored one goal each.

The win over Lazio was Kimmich’s 50th game in the Champions League for Bayern Munich and German footballer has gotten 38 wins more than any player on earth in their first 50 matches.

He has also scored 10 goals in the European competition and has suffered just five defeats with champions Bayern Munich.

It was actually in September 2015 that Joshua Kimmich started his Champions League career with Bayern Munich when he played against Olympiacos in the 3-0 win.

And before winning the Champions League title last season with Bayern Munich, the 26-year-old and his teammates were in the semifinals twice.

Thomas Muller is the second player on the table of players with most wins in the first 50 Champions League games as he has 36.

Brazilian footballer and Real Madrid legend Casemiro is also having 36 wins in his first 50 Champions League games for the Spanish giants. 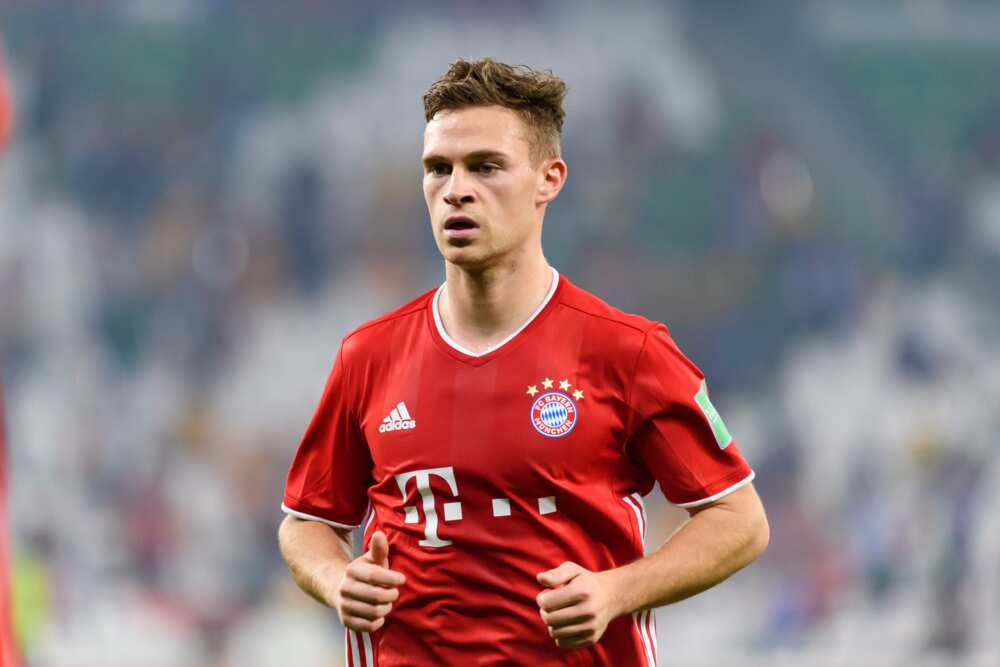 Last season’s top-scorer Lewandowski scored the first goal of the game in the ninth minute after pouncing on a defensive error before rounding Pepe Reina as he put the ball into the back of the net.

And then 17-year-old Jamal Musiala made it 2-0 in the 24th minute with a well-taken shot from outside of the 18-yard box as Bavarians were cruising ahead of the Italian side.

It was 3-0 three minutes before the break as Leroy Sane finished off a Kinglsey Coman rebounded shot which fell kindly into the path of the German midfielder.

Champions League: What we will do against Chelsea in second leg – Simeone

Champions League: What we will do against Chelsea in second leg – Simeone