Barcelona legend Luis Figo has stated clearly that Lionel Messi has made up his mind to leave the Spanish giants at the end of the ongoing 2020/21 League season in Europe.

Before the start of the ongoing season in Spain, Barcelona chiefs labored hard to keep Lionel Messi as the Argentine submitted a transfer request to the club.

Lionel Messi was livid with how Barcelona crashed out of the Champions League losing against Bayern Munich who then went on to win the championship.

The defeat also made Barcelona chiefs to sack coach Setien and was replaced with Dutchman Ronald Koeman who has been impressive so far in charge.

Lionel Messi has been linked with a move to Manchester City and Paris-Saint-Germain, and Luis Figo who played 172 games for the Catalans explained that the Argentine would leave Nou Camp.

“I watched the thing with Messi and his attempt to leave Barcelona this summer like all football fans: expectantly and surprised.

“He’ll have his motives and reasons for making that decision. I don’t know what happened beforehand.

“Every club wants to have a player like Messi, but then it depends on factors like the current financial situation at the club, the money he’ll cost the club in wages, the will of the player.”

Lionel Messi has been playing for Barcelona first team since 2004 and the Argentine has so far played 492 games scoring 447 goals. 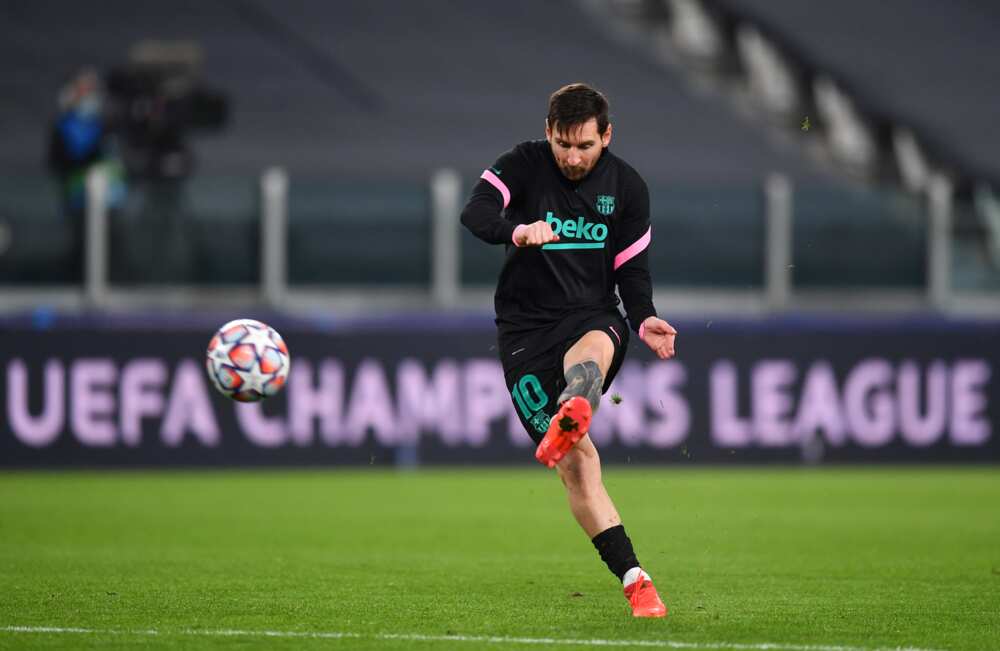 Lionel Messi: Figo says the Argentine has made up his mind to leave Barcelona.
Photo by Valerio Pennicino
Source: Getty Images

Earlier, Bioreports had reported how the 2019/2020 season witnessed a three-month break following the pandemic but latest ranking shows that Robert Lewandowski is the best player in the world for the season.

Poland captain had a breathtaking season scoring 55 goals in 47 matches and helped the Bundesliga club Bayer Munich win the league as well as the Champions League titles same season.

He had been tipped to win the 2020 edition of the Ballon d’Or before it was cancelled and the 32-year-old would be disappointed having inspired his side to the treble.

The goal poacher edged Manchester City’s Kevin de Bruyne to the number one spot as the Belgian is second on the list which had Barcelona captain Lionel Messi in third position.

Ultimate Love saga: Kachi accuses Rosie of terminating their baby because of her career