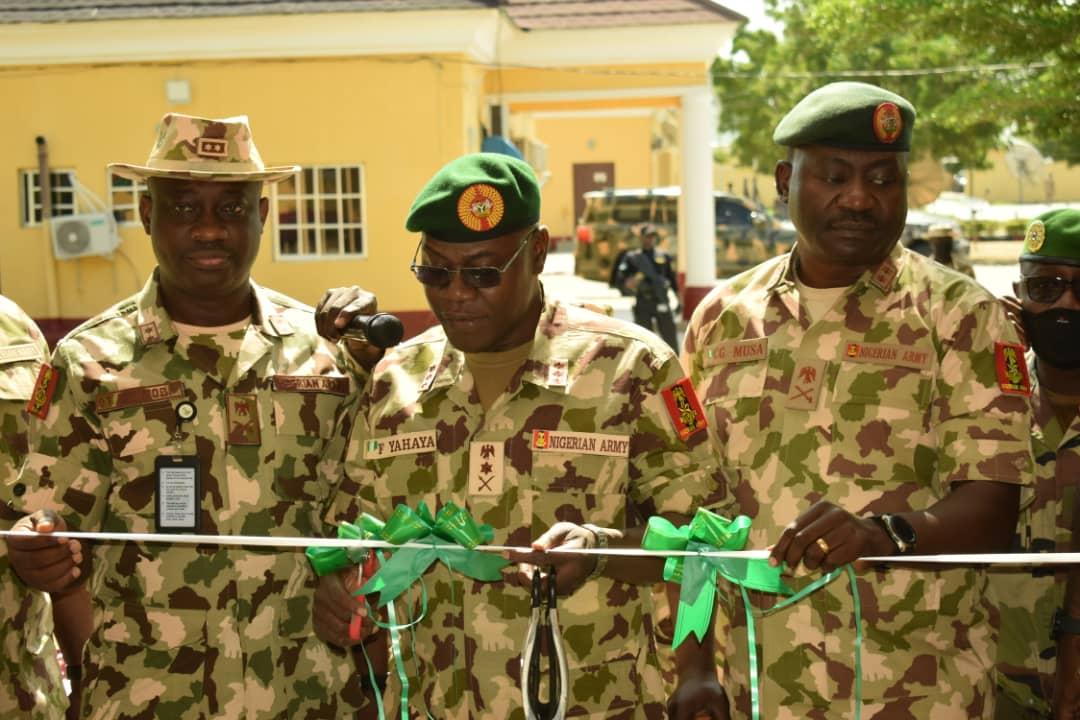 Commissioning the completed project, the COAS stated that the new facility is to provide befitting offices to meet demands of the recent expansion and restructuring of the Joint Task Force, North East, Operation Hadin Kai.

He further explained that the facility will provide a conducive environment for the staff officers and administrative staff to perform their duties in the theatre.

The COAS warm-heartedly disclosed that the complex was christened after the late Chief of Army Staff, Lieutenant General Ibrahim Attahiru, to honour him for his contribution and sacrifice towards the upliftment of the Nigerian Army.

The structure, as described by the cantonment maintenance officer, Major Suleiman, has the capacity to accommodate eight staff officers and other supporting staff.

Why All Progressives Congress Rejected Tinubu As Vice-President In 2015 – Voice Of Nigeria Director, Okechukwu – bioreports.com