The future of Lionel Messi at Barcelona has been the talking point among the club’s chiefs with his current deal expiring at the end of the ongoing League season in Europe.

Before the start of the current campaign, Lionel Messi wanted to leave Barcelona and even handed a transfer request to the club’s chiefs.

Messi was not happy with how Barcelona were bundled out of Champions League in an embarrassing fashion by Bayern Munich and also the side’s failure to win any title.

However, he later changed his mind to continue playing for the Catalans although he is still being linked with Manchester City and Paris Saint-Germain.

According to the report on UK Sun, Pablo Zabaleta who won two Premier League titles at Manchester City feels the Eithad club would the perfect destination for Messi.

“If Lionel Messi ­decides to leave Barcelona and he wants to play in the best league then he has to experience the Premier League for himself.

“Leo has been in La Liga for so many years and I think it would be a huge ­attraction for him to experience English football.

Meanwhile, Barcelona are currently occupying third position on the Spanish La Liga table with 46 points after 22 games played this term. 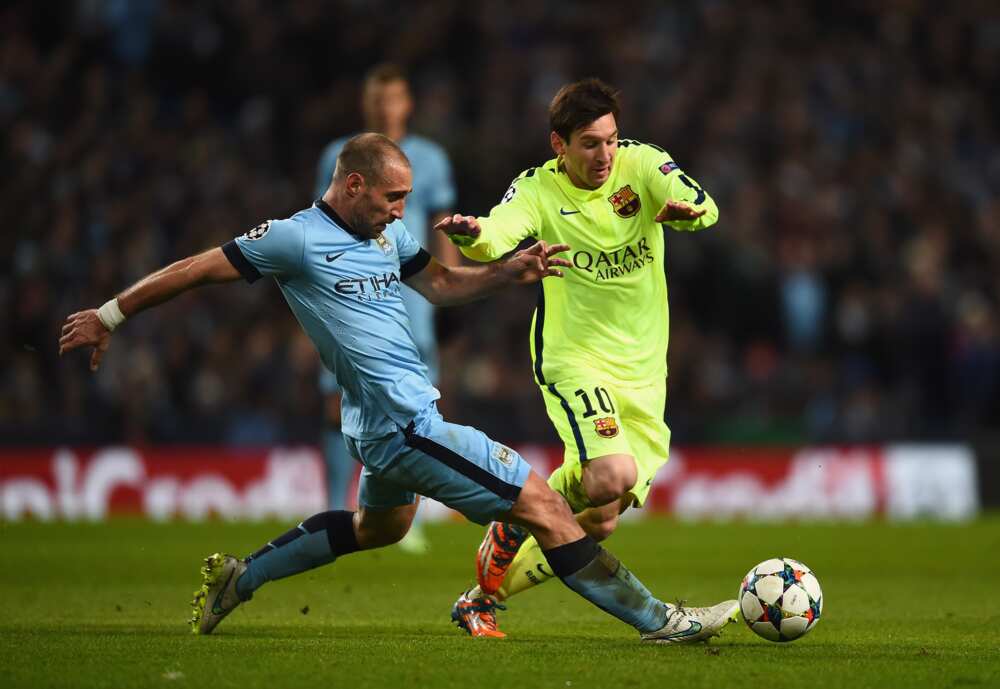 Earlier, Bioreports had reported how Pep Guardiola is proud of his Manchester City squad for their impressive performances despite not having anyone like Lionel Messi, Cristiano Ronaldo, or even Neymar in his team.

The Citizens are edging closer to winning their third Premier League title in the last four seasons as they sit at the summit of the table with 53 points.

Manchester United are the closest to them and Ole Gunnar Solskjaer’s men are seven points behind their rivals while defending champions are fourth on the table with 40 points.

Jose Mourinho’s Tottenham Hotspur slipped to ninth on the log after their recent 3-0 defeat to the Etihad Stadium side.