When was the last time Everton qualified for the Champions League?

Two-time heavyweight champion Anthony Joshua has urged young people to celebrate their parents when they are still alive instead of lavishing wealth on their burial.

The 30-year-old boxer added that it is better to appreciate them during their lifetime as that’s the only way they will know you truly care.

He further advised that those with a cracked relationship with their parents should mend them now that they still have the opportunity.

He said: “Dear children you can’t give your parents a befitting burial while you didn’t give them a befitting life.

The British born boxer of Nigerian descent continued: “They can’t see your love after they are gone or see you true affection from the coffin.

Meanwhile, Joshua has been tipped to battle fellow Briton Tyson Fury in a unification fight next year at an unidentified venue.

However, they have to overcome the hurdles in front of them – as Fury is meant to face Deontay Wilder in a unification bout. 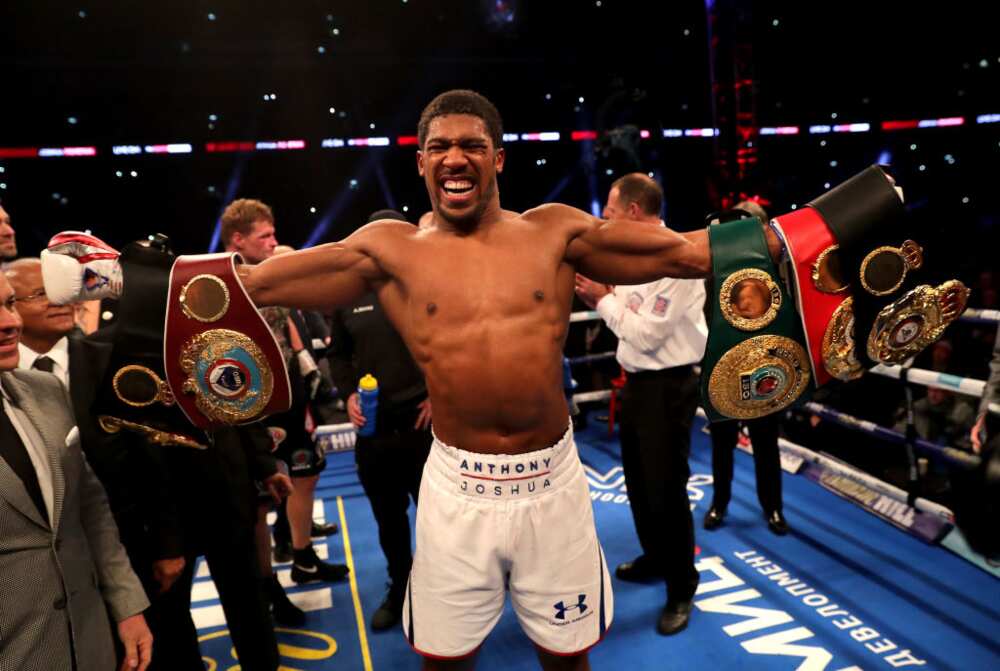 While Joshua is expected to fight Kubrat Pulev in a mandatory bout before the end of this year if all things work as planned.

Bioreports earlier reported that former American professional boxer Bernard Hopkins has predicted that Nigerian-British boxer Anthony Joshua will beat Tyson Fury when they both meet in a boxing fight.

Tyson Fury and Anthony Joshua have never met in the ring in their rich boxing careers so far in which they have been tipped to face each other.

No doubt, the encounter will be one of the toughest fight in the history of boxing if it happens considering their records and achievements so far in the game.