The British-Nigerian boxer was particular about ‘time’ as he told fans to spend their time wisely in order to become great in future.

According to him, how one spends his or her time is what determines their future as he also urged them to ‘mirror’ their role models and ‘do what they say and do’.

“The only thing that makes you and another person different is how you choose to spend your time. Look at how your role models spend their time and what they say and do.

“Look at people who have made mistakes and learn from what they say; and don’t do what they’ve done.

“Then go and spend the time doing the right thing. How you send your time determines your future.” 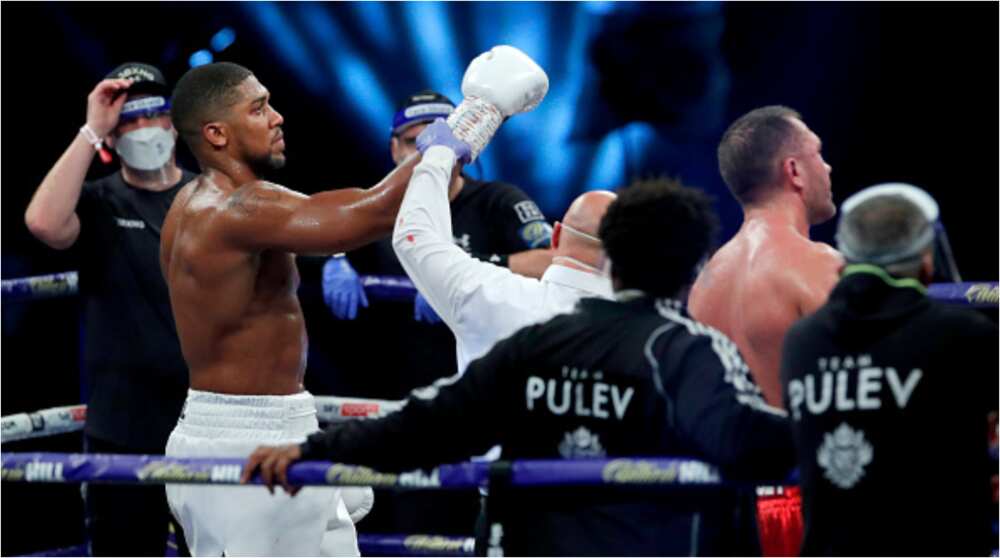 Following his victory over Kubrat Pulev on December 12, he has moved to the number one position in the latest Ring Magazine Heavyweight Ranking.

Joshua brutally stopped Pulev in round 9 of their epic bout at the 02 Arena in London on December 12 to defend his WBA, WBO, and IBF titles.

And while reminiscing about his last bout, Joshua took time out to dish out advice on choosing a life partner.

The two-time heavyweight champions said the choice of who to marry should be among the top five most important decisions one has to take.

But it is unsure if the British-Nigerian fighter is planning to walk down the aisle in 2021.

Joshua increased his win tally to 24 after 25 fights – having lost to only Andy Ruiz Jr in his entire career in 2019 but reclaimed his glory six months after their initial meeting over a year ago.

Meanwhile, Bioreports earlier reported that Floyd Mayweather will finally come out of retirement to take on YouTuber Logan Paul in a bout which is slated for February 20, 2021.

The 43-year-old confirmed the bout on Social Media to announce his return to action having fought last in August 2017 against Conor McGregor to take his record to 50-0.

Mayweather was involved in an exhibition match in December 2018 against Japanese kickboxer Tenshin Nasukawa where he made $9million for just 139 seconds of work.