2 minutes ago by
Sola Oloruni

Two days after the death of her daughter, Nollywood actress Ada Ameh has spoken out again. And this time, she is begging the Nigerian government to answer the citizens so that she can go and bury her daughter Godsgift.

In a video she shared on her official Instagram page, the actress stated that her daughter died after a surgery she did in Abuja.

Ada noted that she wants to go and bury her daughter but she cannot leave Lagos and travel due to the current state of the country.

Begging for calm and orderliness, the film star threatened to go to the airport without clothes and a placard in her hand if things don’t go back to normal as soon as possible. 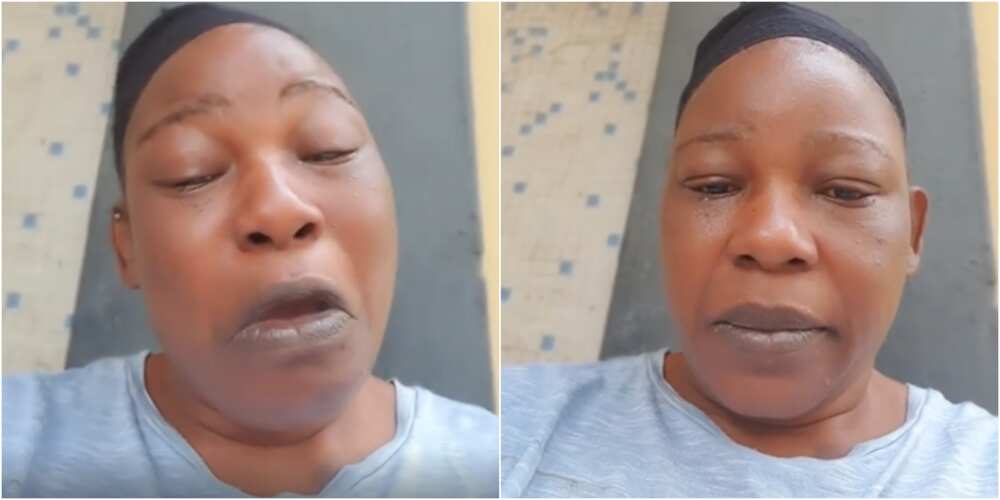 Ada Ameh begs the government to answer Nigerians so that she can go and bury her child.
Photo: Instagram/@adaameh
Source: Instagram

“Good morning Mr president. Good morning Sanwo-Olu, please, I just lost my daughter two days ago, I beg you in the name of God, let me go and bury her.

My daughter died in Abuja after surgery. Help me to go and bury my daughter in peace. I am begging. If not, at the end of the day, I will go unclad with a placard in hand to the airport so as to bury my child.”

In other news, Bioreports earlier reported that a woman in the UK died after going without food for days.

The body of Mercy Baguma who originally came from Uganda was discovered at her house with her son crying next to her, according to Positive Action in Housing (PAIH).

The 34-year-old died from extreme poverty and the baby was malnourished and weakened with starvation indicating they had gone for days without food.

Comedian Mark Angel clears the air as he reacts to viral video, explains what happened