– New look Barcelona were better than their opponents in all departments

Barcelona began their 2020/2021 La Liga season on a flying start after they humiliated their opponents Villarreal 4-0, with all goals coming in the first half.

New manager Ronald Koeman will be delighted to begin his career at the Catalan club on a high despite playing a very formidable opponent in their season opener.

The Blaugrana opened the scoring in the 15th minute when Lenglet found Jordi Alba with a lovely long ball who then waited for a runner and found Ansu Fati for a beautiful finish and the opening goal of the season. 1-0.

And barely four minutes later, it was 2-0 following a fantastic counter-attack with Philippe Coutinho finding Fati all alone on the left wing for an easy finish and the phenom’s second of the first half.

It was all about the Catalans as Barcelona were in full control even though they were not quite dominating possession.

There were lots of pressing and intensity to recover the ball, good movement without the ball and Villarreal couldn’t put together any meaningful attacks.

The hosts were awarded a penalty in the 34th minute after Ansu Fati was brought down in the box by Mario Gaspar. 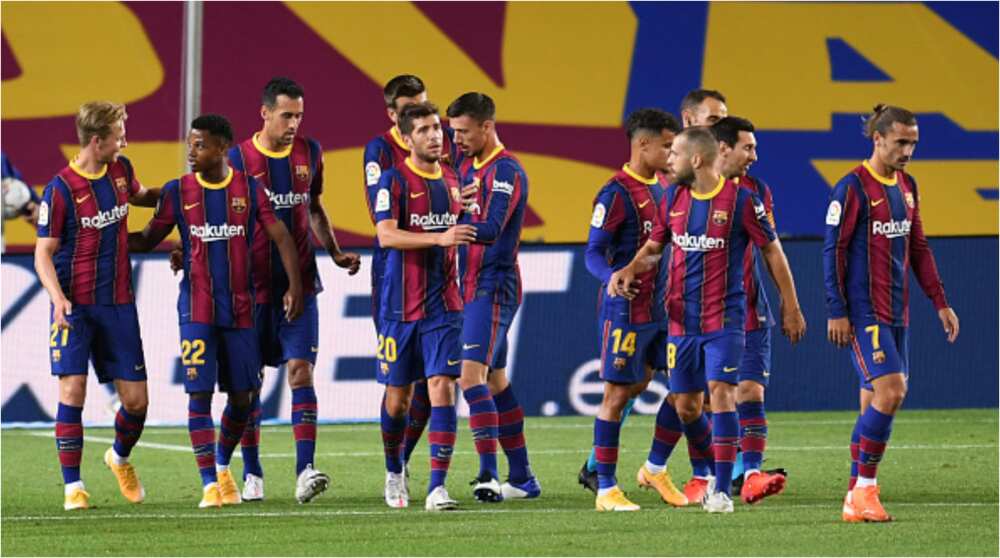 Lionel Messi placed the ball just under the keeper and opened his account for the season from the spot to make it 3-0.

Villarreal’s problems were compounded on the stroke of half-time when Pau Torres deflected a Lionel Mess effort into the back of the net t make it 4-0 as both sides with into the break.

Gomes: I left Man Utd for Lille to find happiness in my football

However the second-half was not too spectacular as both teams couldn’t give such spark as it was in the first half.

Although there were a couple of flashes, however there were no goals as Barcelona just did everything to contain their opponents.

In the 85th minute, Messi came close, but a superb effort by goalkeeper Sergio Asenjo saw the ball being parried over the bar.

And there were no further goals as it ended; Barcelona 4-0 Villarreal.

Having got their title defence off on a shaky note last weekend, coach Zinedine Zidane’s tutored side stepped up their game this time around.

And with that victory, they will welcome Real Valladolid to the Bernabeu for their matchday three encounter on Wednesday, September 30.