The Senate on Tuesday, February, 23, went ahead to confirm the former security chiefs as non-career ambassadors despite overwhelming criticism, controversy and petition that trailed their nomination. 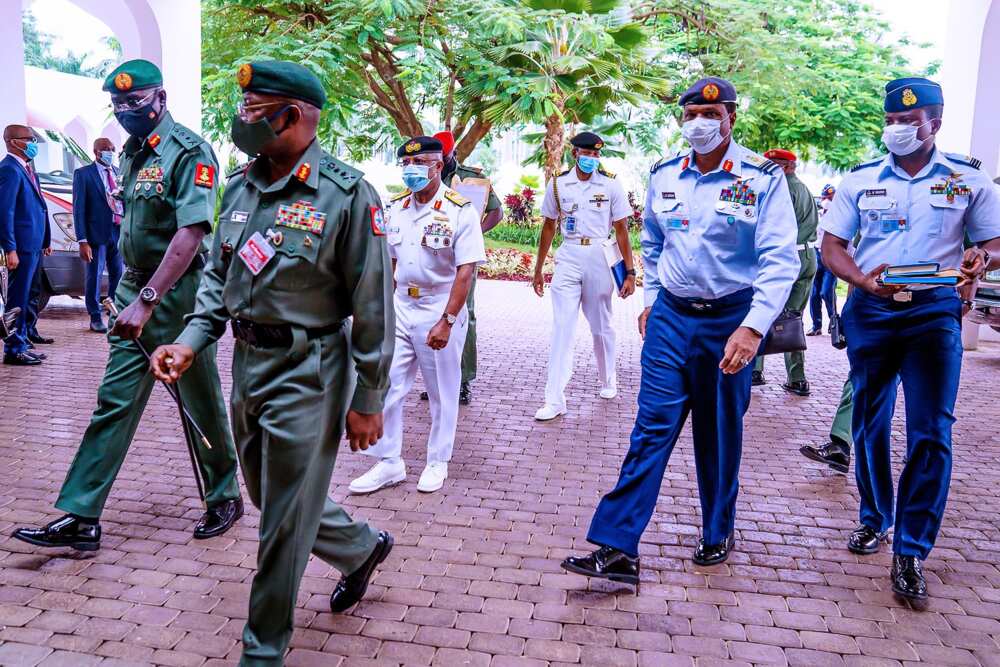 The nomination, however, was trailed by a vortex of criticisms as Nigeria wondered why the ex-security chiefs would be considered for a diplomatic role despite the anger that saw them off the door of military leadership.

But during a plenary, Senate president Ahmad Ibrahim Lawan ignored petitions against the nominees and the complaints by some senators.

F.B.I. Said to Have Singled Out Suspect in Brian Sicknick’s Death

The president of the Senate told the lawmakers that they cannot nullify the nominations of the former military commanders simply because the House demanded that they be removed as service chiefs amid the security crisis in the country.

“I checked our resolutions and in some of our resolutions, we said the President should change, replace and remove them as Service Chiefs. They have been removed which I think it’s a plus for this Senate.

“Now if they are nominated for something that is different, I think our resolutions asking for their removal as Service Chiefs does not crossover to their nomination.”

Meanwhile, Bioreports outlines major reasons easing the approval of the nominees by the Senate.

Although there is a moral question on the nomination of the ex-service chiefs as non-career ambassadors, President Buhari enjoys the right and constitutional protection in nominating the country’s ambassador.

Of course, Buhari is the chief-image maker of the country just as he is the chief security. By the virtue of his position as the president of the country, he has the power to choose anybody irrespective of political affiliation or tribe to represent him outside the country.

Senate might have considered and respected Buhari’s power in that regards. Who know?

2. “They are nominated for something that is different”

Justifying the approval of ex-service chiefs, the Senate president Lawan was quick to remind his aggrieved colleagues that though the upper chamber once sought the removal of the former military leaders, they have been sacked –and nominated for another different role entirely.

This means the criticism of the nominees was void, ending with their removal from their former roles in the military.

“On that call, the nominations cannot be nullified because we said they should be changed,” Lawan said.

Of course, the role of Buhari in ensuring that the Senate approved the nominees cannot be overlooked.

The legislative arm has been maintaining a peaceful pact with the Buhari-led executive since its inauguration as the 9th National Assembly (NASS) in the history of Nigeria.

Unlike the Bukola Saraki-led NASS, the 9th Senate has been dancing to the tune of the presidency — what many political analysts have dubbed as “rubber stamp.”

In light of this, nobody would have expected that the approval would generate a bone of contention in the Senate.

The approval of service chiefs may further raise a big question on the integrity and sincerity of the Buhari/All progressives Congress (APC)-led government.

But there is no argument on the constitutionality of the nomination and approval. Nigerians and aggrieved parties can only raise questions from moral purview, personal bias and sentiment.

Here’s what we know about Woods’ car crash