– Brianna Hill, a law student in the United States, went into labour while writing the bar exam

– The new mom’s water broke during one of the four 90-minute sections, which were spread out over two days

Moms can do anything and one woman, Brianna Hill, is proof of it. The young woman was on her way to becoming an attorney and she only needed to pass the bar exam – which is notoriously difficult.

However, at the time Brianna wrote the difficult test (which is divided into four 90-minute sections spread over two days), she went into labour.

Brianna was originally supposed to write the test at 28 weeks but it had been postponed due to the pandemic. 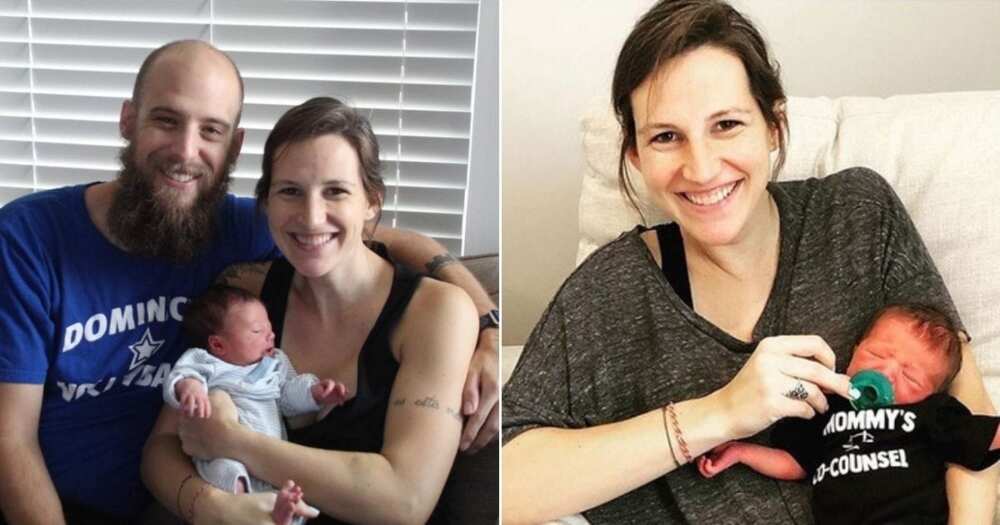 Brianna Hill, a law student, gave birth to a beautiful baby boy while writing the bar exam and she managed to finish the test. Photo: Brianna Hill / Facebook.
.

So, she ended up taking the bar exam at 38 weeks and went into labour. She went to the hospital and delivered a healthy baby boy.

However, the dedicated new mother did not let giving birth stand in her way of achieving her dreams. She completed the rest of the sections in the hospital and nursed her newborn during the breaks, Bioreports reported.

Her story has gone viral on social media and was widely circulated:

Social media users applauded Brianna’s dedication and praised her in the comment section.

“For those saying that she needed to put her baby first and do the bar exam at a later time, this mom was putting her child’s future first. Passing the bar exam will help her give her child a stable life that can provide the necessities with a great job and benefits for life. This mom was determined to make sure it was done for her CHILD. Soooooo congratulations to her.”

“Impressive!!!! Nothing can stop a mom from finishing what she started!! I needed to see this today!”

Meanwhile, Bioreports previously gathered the report of a Nigerian woman who shared her testimony on social media after her prayer for a child was answered.

Queen Ogbonna finally welcomed a child after 12 years of childlessness. The elated new mother revealed that she gave birth to a baby girl.

What if your child isn’t really yours? | Bioreports