Another Nigerian couple seems to have found love in a beautiful place and while doing business together.

A young talented baker known as Chinyere (@iam_chinko) on Twitter took to the platform to share the good news of her engagement with fans, as well as the person she was getting hitched with.

According to her, she was getting married to the love of her life. She also thanked him for bringing so much joy to her heart and world.

The baker explained that he was an architect and also the person who ordered a construction site cake that went viral on social media some months ago. 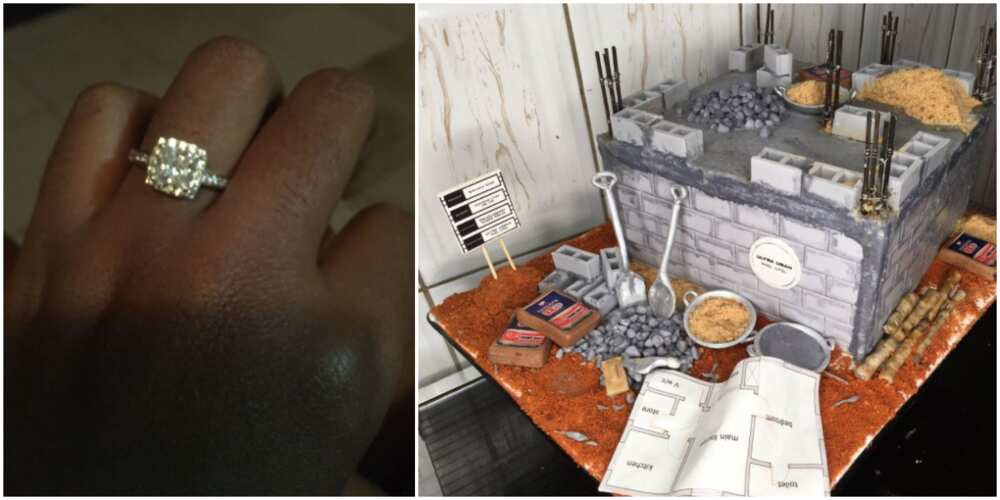 Chinyere showed off her engagement ring and revealed her beau was one of her clients.
Photos: @iam_chinko
Source: Twitter

@iam_chinko was obviously filled with excitement at her engagement and she shared photos of her ringed finger on social media.

See photos of the construction site cake that left many on social media in awe some months ago:

As expected, internet users took to the comment section to celebrate with the baker and to congratulate her on her engagement.

In other love related news, Bioreports reported on a lady who was over the moon after getting engaged to a man she met on Twitter.

The elated lady by the user name @badgirlkiki confirmed that she met her lover on Twitter and now they were going to spend the rest of their lives together.

Vox pop: Can you turn down a marriage proposal because he didn’t kneel down | Bioreports

Why Brie Bella Is “Really Nervous About Birth” on Total Bellas