Declan Rice’ switch to Chelsea has lingered on for a while now, but latest reports have it that Frank Lampard’s side would not mind offering defender Emerson as part of swap deal to land their target.

The Blues are reportedly willing to tempt the Hammers to allow Rice move to the Stamford Bridge and won’t mind Emerson going the opposite direction.

The Athletic are reporting that West Ham are desperate in keeping Rice who appear to be one of the most important player in their squad.

And the Chelsea transfer boss Marina Granovskaia is considering offering full-back Emerson in part-exchange for the England international.

However with Chelsea prepared to offer 26-year-old, West Ham would be interested as they are also keen on bolstering their team. 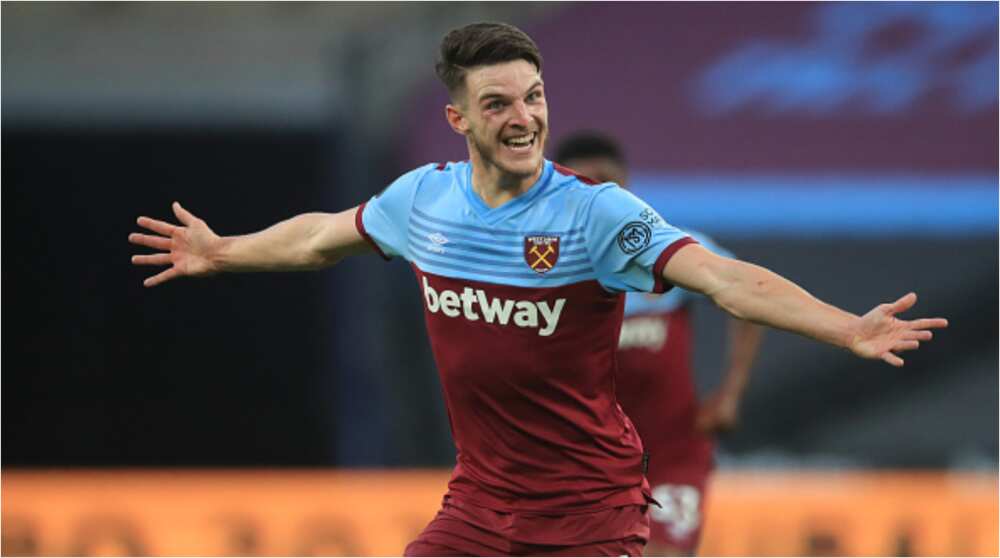 Italian international Emerson had a £23million price tag slapped on him last year amid interests from former Chelsea boss Antonio Conte who is now in charge at Inter Milan, but the Italian club is not willing to raise such an amount.

Despite spending over £200m this summer, Lampard remains keen to add West Ham’s Rice to his squad for a potential Premier League title tilt.

The midfield anchorman was released by the Blues as a 14-year-old in 2014.

Meanwhile, Edouard Mendy’s deal to Premier League outfit Chelsea is almost completed with latest reports confirming that the Rennes goalkeeper has completed his medicals at the London club.

The Senegalese international is reportedly on the verge of joining the Blues who have reached an agreement with French League side Rennes over the transfer of their player after a breakthrough in talks between the two parties last week.

Bioreports earlier reported that Chelsea got their Premier League campaign off to a flying start with an impressive 3-1 victory over Brighton & Hove Albion at the AMEX Stadium on Monday night, September 14.