After goalless draw at Stamford Bridge, Tottenham boss Mourinho reveals what happened to his squad against Chelsea

Jose Mourinho’s side played a goalless draw at Chelsea after the Portuguese manager led Tottenham to the Stamford Bridge on Sunday evening, November 29.

Spurs remain on top of the Premier League standings after the weekend matches but the Portuguese manager has stated that his side is unhappy with the draw.

Tottenham defended for most parts of the match and were lucky to escape with a point, but Spurs will be happy unlike Frank Lampard’s side who are two points behind the league leaders.

Mourinho said after the game as cited in Daily Star:

“A draw at Stamford Bridge is usually a positive thing and staying top of the league is also a positive thing. But my dressing room isn’t happy with that and that is fantastic.

“It’s a complete change of mentality and personality.

“Everybody was in a situation of one mistake wins the game, especially in the last 15 minutes.”

Before the match, Mourinho had claimed that current Chelsea manager Lampard is not feeling the same level of pressure he felt when he was in charge of the Blues.

Lampard guided Chelsea to a fourth place finish last season and he was applauded for such feat on his first season as their manager. 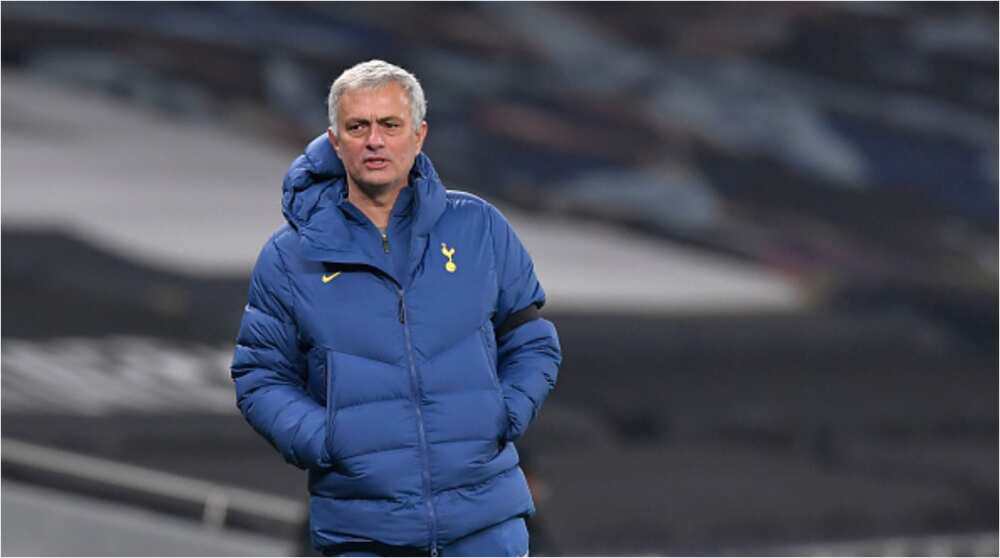 Chelsea team splashed over £250million on players this summer and there appears to be little expectation on Lampard to guide Chelsea to the Premier League crown this season.

With Spurs top of the league going into the cracker, Mourinho stated that the Chelsea boss is having a more relaxed time unlike during his days.

The Premier League table had some adjustments following the results of matches that were played over the weekend.

Edison Cavani ran the show after coming on in the second 45 minutes to provide a goal for Bruno Fernandes and grabbing a brace including a 92nd-minute winner to move United to eighth.