– Nigerians youths are not lazy, and a baker identified as Prince Obua has further proven it

– Obua bakes cake in form of aeroplane, house, generator, phone, among other things

A young Nigerian man identified as Prince Obua is one of the youths in the country who are embracing hard work and carving a niche for themselves.

Obua is a baker with great baking skill and whose works have earned him both local and international recognition.

Recall that Bioreports previously reported that Obua was contacted from Uganda after making an aeroplane cake for Air Peace.

Obua took to Facebook to share a screenshot of a conversation he had with a man from Uganda.

Below are some of the reactions to the house cake:

“You are a genius…… I pray for more insight and creativity. Kudus.”

It should be noted that Obua has also designed cake in form of aeroplane and generator. He designed an aeroplane cake for Air Peace while he made a generator cake for Sumec Generator.

Below are the pictures: 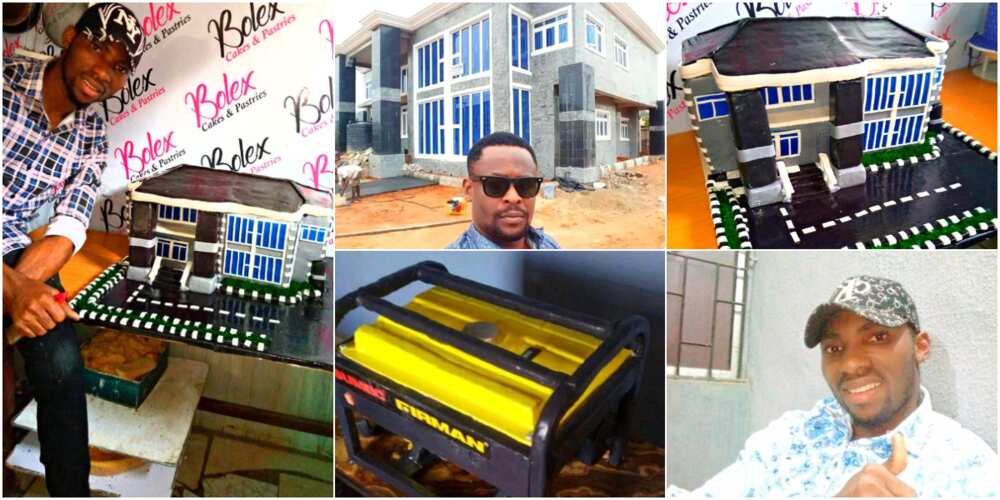 In other news, Kensmith Rechiel is a Nigeria wonderkid from a humble background that has built a motorbike, single seater aircraft, a two-seater sea boat and some remote-controlled cars before he turned 18.

And at the turn of 16, he had built an RC scale airplane that flies which he called “Donko King”.