In a regional election in Namibia, a politician called Adolf Hitler has won a seat.

In the former German colony, Adolf Hitler Uunona won 85% of the vote but claims he has no aspirations for world conquest.

He won 1,196 votes in the election over 213 for his opponent, handing him a seat on the regional council in Oshana. 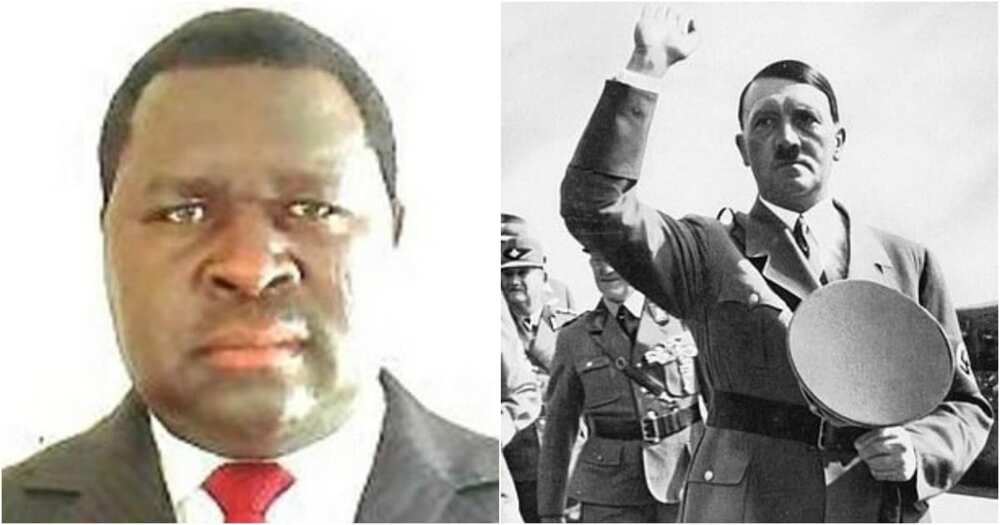 The newly elected leader confirmed that he was named after the German leader by his father and was possibly not aware of his ideology.

From his firm stand as an anti-apartheid activist, Uunona, 54, is among the prominent politicians in the country’s Southwest region.

Interviewed by the great German tabloid Bild, he said that when he grew up, there was no issue with the popular name of Adolf in the former German colony.

“It was a perfectly normal name for me when I was a kid. It wasn’t until I grew older that I realized that this man wanted to subjugate the whole world and killed millions of Jews,” he told Bild.

In his social media handles, Adolf does not use Hitler but also applies the name in official documents.

When asked why he had not been able to change his name before, he answered that it was too late.

He replied to Bild:

“It’s in all official documents, it’s too late for that.”

He sought a solution later on; he publicly introduced himself as Adolf Uunona, leaving Hitler aside.

Once known as German South-West Africa, from 1884 until the empire was stripped of its possessions following World War I, Namibia was a German colony.

The humiliation of the post-war Treaty of Versailles would later be used by the real Hitler as a propaganda tool to win support for the Nazis in the 1920s and 1930s.

Although Germany spent 75 painstaking years trying to atone for the war and genocide it unleashed under Hitler’s rule, there is little discussion of its colonial atrocities in Namibia – but pressure for reparations has increased in recent years.

Meanwhile, Bioreports earlier reported that a Nigerian woman, Esther Agbaje, won her election into the Minnesota House of Representatives in the US general elections on Tuesday, November 3.

With the new seat, she will be representing District 50B in the House. It should be noted that she contested on the platform of the Democratic-Farmer-Labour Party (DFL).