Nintendo Switch Lite is back in stock…

Save $400 on Eargo’s invisible in-the-ear hearing…

The state Department of Agricultural Resources will begin aerial spraying for mosquitoes in parts of Middlesex, Worcester and Norfolk counties starting Tuesday night.

The spraying is set to begin in parts of Worcester County at 7:15 p.m. Tuesday and go through 4:30 a.m. Wednesday, over towns that are at risk for Eastern Equine Encephalitis virus. No health risks are expected during or after spraying.

Communities that are scheduled to be partially or fully sprayed over the next week include:

There are no specific recommendations to follow, but residents can reduce exposure by staying inside during spraying.

As weather, temperature and equipment conditions permit, plans for subsequent rounds of spraying will include critical and high-risk communities in the counties of Bristol, Essex, Franklin, Hampden, Hampshire and Plymouth. Spraying will continue over several evenings and the schedule is dependent on weather and may change. 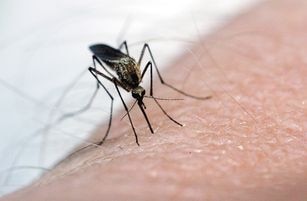 State health officials have raised the risk level for Eastern Equine Encephalitis to critical for several eastern Massachusetts cities after a two new cases of EEE were confirmed Friday. An older woman in Worcester County and ana teen female were confirmed by laboratory tests.

There are 36 communities now at critical risk, 42 at high risk, and 115 at moderate risk for the EEE virus in Massachusetts. A map of the state’s current EEE risk levels can be found here.

“Even as temperatures cool, it’s vitally important for us to remember that mosquito season is not over and that we all need to continue to take steps to prevent mosquito bites,” Public Health Commissioner Monica Bharel said in a statement. “Use bug spray, wear long sleeves and pants to reduce exposed skin, and stay indoors from dusk to dawn when mosquitoes are most active.”

Spraying for mosquitoes does not eliminate the risk of EEE transmission and the public is asked to continue to follow personal protection practices.

EEE is a rare but serious and potentially fatal disease that can affect people of all ages. EEE occurs sporadically in Massachusetts with the most recent outbreak years occurring from 2004 to 2006 and 2010 to 2012. There were 22 human cases of EEE infection during those two outbreak periods with 14 cases occurring among residents of Bristol and Plymouth counties.

EEE virus has been found in 400 mosquito samples this year, many of them from species of mosquitoes capable of spreading the virus to people.

A Peek into Opioid Users’ Brains as They Try to Quit 9 July 2019 Opioid addiction – Snopes.com

Nintendo Switch Lite is back in stock at Amazon, Best Buy, Target and GameStop – Bioreports