– The little girl, known as Pancake, speaks about her intelligence and how she loves herself more than anything else

A video of an adorable little girl speaking about how much she loves herself is warming hearts across the nation. The video starts with the little one saying that she loves herself more than anything in her “entire life”.

She goes on to speak about her intelligence and how much she loves her brain and heart. The one-minute, 15-second clip shows how proud this cute little girl is of who she is and what she stands for.

The video was uploaded on Facebook by Sithi_Pancake with the caption reading:

“#Affirmation is the act of confirming something to be true, or is a written or oral statement that confirms something is true. An example of an affirmation is reminding a child that she is smart.” 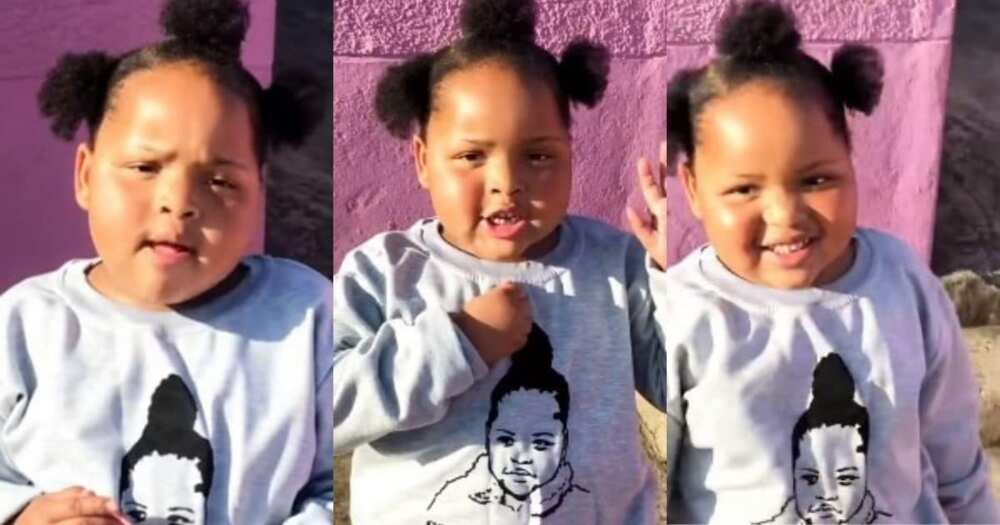 Click here to watch the adorable little girl speak her mind. Bioreports took to the comments section under the video to see what people said.

“What an amazing child… I love you baby.”

“I love you so much Pancake.”

“Tearing, you are just something else baby girl.”

The two boys show off their amazing synchronisation and dance skills with each having a solo at different times. At the 30-second mark a third boy, with a white t-shirt, joins in but does not stay for too long.

REVEALED: How parents abandon their children at LUTH – nurse | Bioreports