Actress Toyin Abraham says ‘I clam it!’ as she congratulates Olu Jacob and Joke Silva on 35th wedding anniversary

Love is indeed beautiful and Nollywood’s Joke Silva and Olu Jacobs have remained a couple that continues to inspire those looking to spend the rest of their lives with just one person.

The lovers who are still waxing strong in their feelings for each other have once again celebrated another wedding anniversary and this time around, it is their 35th.

Actress Joke Silva took to her official page on Instagram with a sweet post dedicated to her union with the legendary Olu Jacobs. 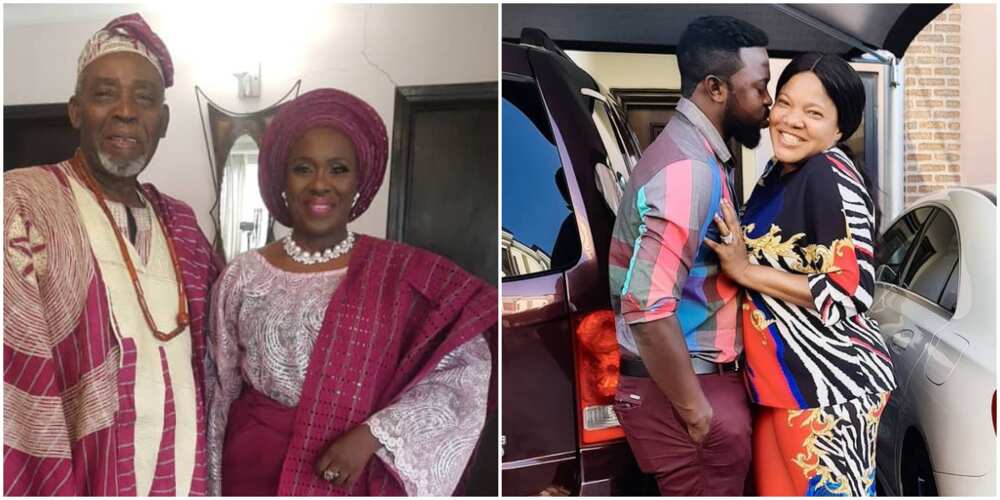 Fans, colleagues and young lovers who look up to the couple were seen in the comment section celebrating their lover.

“Happy Anniversary to you both.”

“Happy anniversary to the best couple ever. May God bless and keep you guys, I wish you many more blessed years ahead.”

Also congratulating the couple, actress Toyin Abraham who is similarly married to a fellow actor, Kolawole Ajeyemi, noted that she also wants to attain such years of commitment in her marriage.

“I claim it o, happy anniversary mum and dad, she wrote.”

In a similar story, Bioreports reported that BBBioreports star Teddy A assured his wife Bambam of his undying love for her.

The reality star and his wife celebrated their first wedding anniversary and they dedicated special posts to each other on Instagram.

Bambam appreciated Teddy A for being an amazing support system.

By Osagie Otabor, Akure Chairman of the Judicial Panel of Inquiry on Police Brutality in Ondo State, Justice Adesola Sidio,...

The beauty of a woman