– Nollywood actress and philanthropist, Tonto Dikeh, has revealed something about her not many know about

– The actress also said despite all she does, not one of those people try to make her smile in return

Controversial Nollywood actress and philanthropist, Tonto Dikeh disclosed on social media that her good heart was not appreciated enough.

The mother of one in a post which she shared on her official Instagram account stated that even though she tried to make everyone happy, not one of them tried to even make her smile in return. 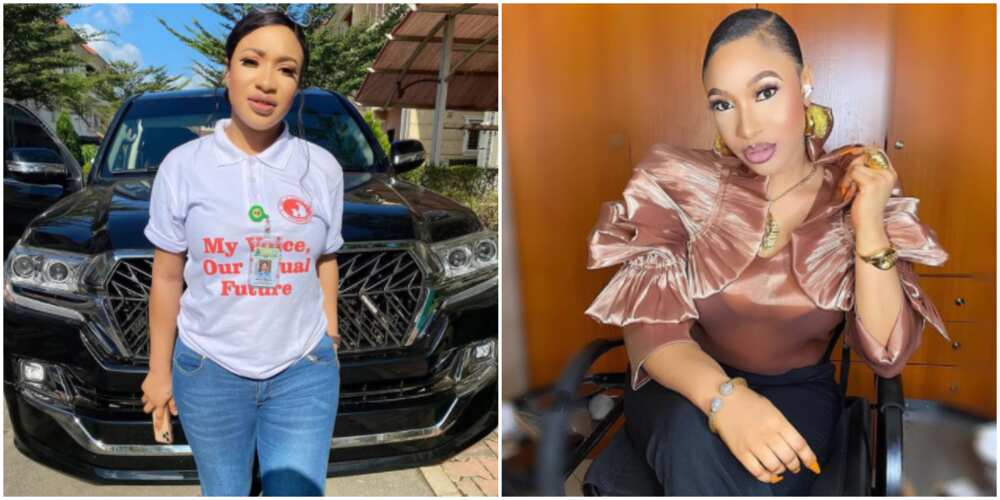 The actress who recently said 2020 had blessed her more than her 34 years on earth, also asked her fans if any of them felt the same way.

“Pls raise your hands if you feel this way!!! It’s well…”

Fans of the screen diva also shared similar opinions. Here’s what some of them said:

“90% of the people in the world don’t care….its baffles me to tears sometimes .”

“May the Lord continue to protect you and be you in every area. That’s life for you but don’t think about it too much Almighty is your strength.”

“You’re not alone on this table.”

Donning a beautiful kaftan, the actress shared photos showing her stomach was swollen like that of a pregnant woman.

One would easily believe that the film star was indeed carrying a baby as one of the photos seemed to show her big navel.

After allowing fans to congratulate her, she later revealed it was a prank as an hour later, the actress shared a video showing her son Andre hiding under her lovely outfit.

Omotola Jalade vs Genevieve Nnaji: who is a better actress? | Bioreports