We thank God for life and genuine love of fans: Kiddwaya’s mum says ahead of his 28th birthday

BBNaija drama: Ozi and Nengi unfollow each other on Instagram, fans react

– An Instagram blog, Gistloverupdate, has reported that there is a third party in actress Nkechi Blessing Sunday’s relationship

– According to the blog, the lady also claims to be funding the political ambition of the movie star’s lover

– However, the Nollywood actress was quick to dismiss the claims in the comment section

Nollywood actress, Nkechi Blessing Sunday, has reacted after an online blog, Gistloverupdate, reported that another lady is laying claims to the movie star’s current lover.

The blog in a post shared on Instagram alleged that the Nollywood actress is not the only one involved with her current man and the third woman in question has been bankrolling the political ambition of Nkechi’s lover. 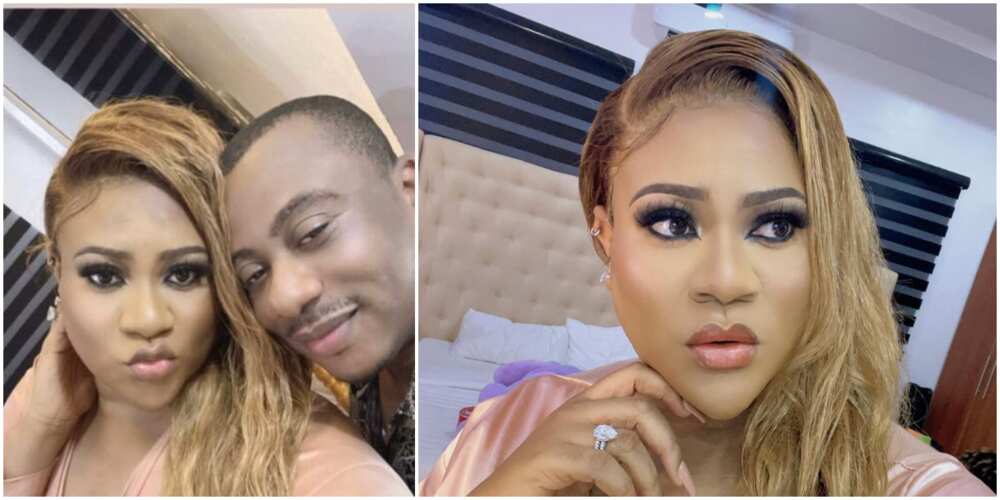 The same media reported that Nkechi has also been spending her money to fund the political ambition of her man.

Gistloverblog also posted a photo collage showing the actress and her lover, and another photo of the same man with another woman.

However, Nkechi was spotted countering the claims of the blog in their comment section.

While the actress kept mum about her man being involved with another woman, she was quick to shut down claims that she has been bankrolling him.

Nkechi made it clear that she is not the type of lady to spend her hard-earned money on a man.

“Wahala be like bicycle. You mean NBS dey send man money? What a wawu..Maybe not my own NBS. Be like you no sabi say I fit sell you collect change as I like money reach. NEXT?”

Meanwhile, Bioreports previously reported that the actress became a year older on February 14. A number of friends and colleagues showed her great love on the special occasion.