Actress Angela Eguavoen has taken to her social media page to react to what singer Simi said about children bullying her daughter in school.

A few days ago, Simi took to her page to warn parents whose children are bullies should make sure that their wards do not attend her daughter’s school.

According to her, if her daughter gets bullied by anyone in her class, she would arrange for some boys to beat such a person even if they are as young as two-years-old. 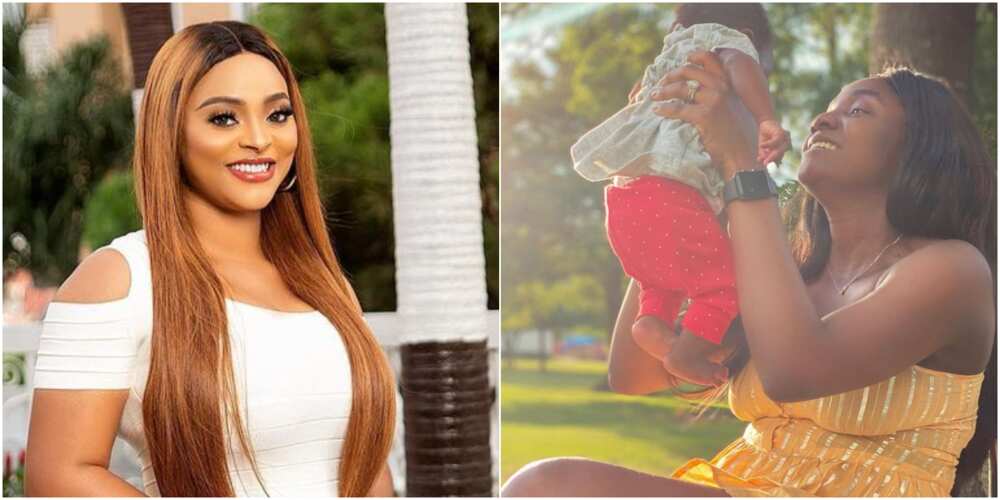 Responding to Simi’s statement, Angela stated that people shouting that nobody should bully their children should ensure that their kids are not the bullies.

According to her, such parents should ensure that their children are raised with love. Angela noted that a lot of the children go to school to practice what they learnt at home. 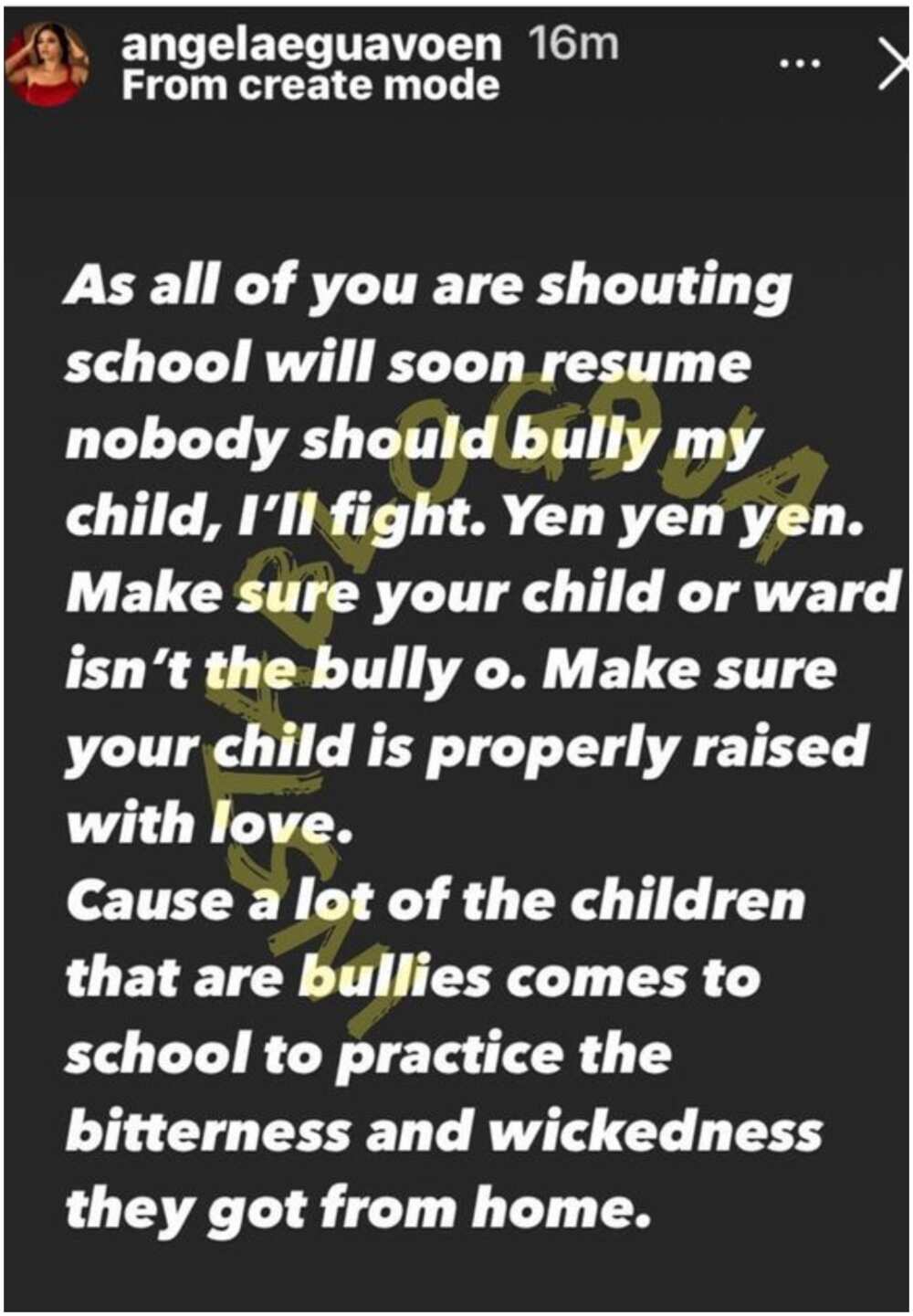 In other news, Bioreports earlier reported that Adekunle Gold shared photos from 1st day he met Simi to mark their 2nd wedding anniversary.

While Simi pledged her forever love to her husband, noting that she loves him because he’s a good man, Adekunle decided to go down memory lane to recall the first day he had the opportunity to physically meet her.

According to the Ire crooner, on the day he was to meet Simi, he wore a newly-bought vest and a pair of lilac trouser which was also bought for the occasion of meeting her.

Adekunle revealed that he made sure to seat in the front row of the small hall where Simi performed for her audience.