Actor Yul Edochie advises youths, says they’re under pressure to look like they are achieving

– American actor, Nicholas Braun, has shared his concerns about Kim Kardashian after she officially filed for divorce from Kanye West

The 32-year-old movie star said that the news of their divorce was bumming him out as he wondered how Kim was feeling and what her next course of action would be. 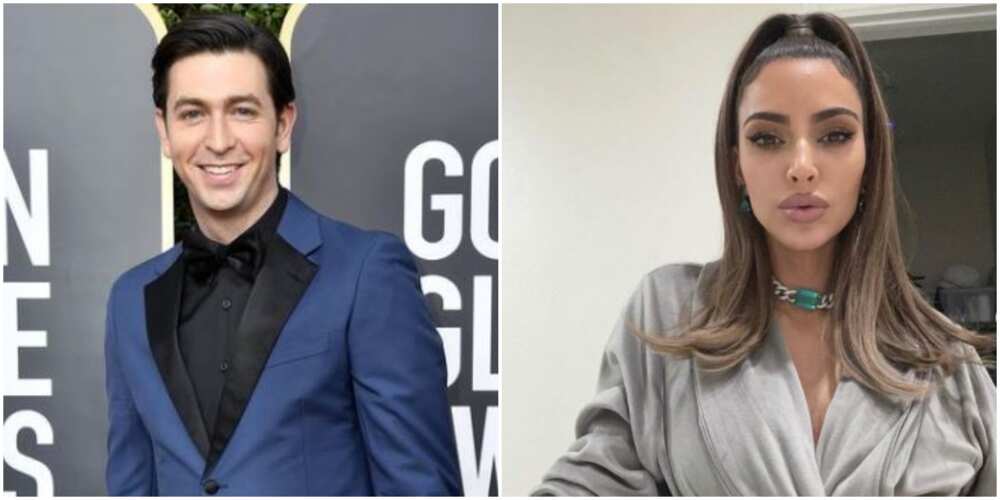 “It hurts to think about how they’re feeling and how she’s feeling, I mean, I’m wondering at this point, where do they even go from here? Where does she go from… at this moment.”

Braun went ahead to speak on how Kim had been through three marriages and if she was open to having a different man in her life.

He then described someone who could make her laugh or make her feel small because he was so tall.

“Cause she’s been through three marriages now, and it’s like, are you willing to even take a shot on a new guy at this point? Would you be down to meet a new person, totally just kind of different guy?

“And one who can make you laugh a little bit, or make you feel small cause he’s so tall.”

The 6’6 tall actor wondered if she would notice a guy who was just making a video like he did on the internet to talk about her because he did not know anybody in her circle and making the video could make her notice him.

“Just a guy who’s talking about her on the internet. A guy who makes a video like this and he’s sort of like trying to find a way to just talk to her because he doesn’t know anybody who knows her, and so he’s just sort of making a video that might like possibly penetrate her… not the right word choice… but enter her sphere of… you know?’

“She might see him and she might go, “Hmm, this is kind of different. This guy is odd, but maybe in a good way.

“And he goes to himself, ‘yeah you’re right, there’s something real here and something good’.”

A number of people were amused at the way Nicholas tried to woo Kim and they expressed as much in the comment section. Read what some of them had to say below:

“She’d be absolutely insane to pass up this opportunity”

“Give her a little time… she’ll come around”

“I’ve put your name in the hat”

Bioreports had earlier reported that Kim had officially filed for divorce from Kanye West.

For some time now there have been rumours that Kanye and his wife Kim were on the verge of divorce. Report can now confirm indeed the divorce was in the works.

It was reported that the divorce that will bring an end to their 7 years marriage is amicable.