– On Tuesday, January 12, actor Bruce Willis walked into a store in the US

– When management asked him to wear a mask, the actor declined and walked out of the store

Veteran Hollywood actor Bruce Willis has made headlines and not for the right reasons.

The award-winning thespian recently visited a convenience store and created a fuss after declining to wear his mask. 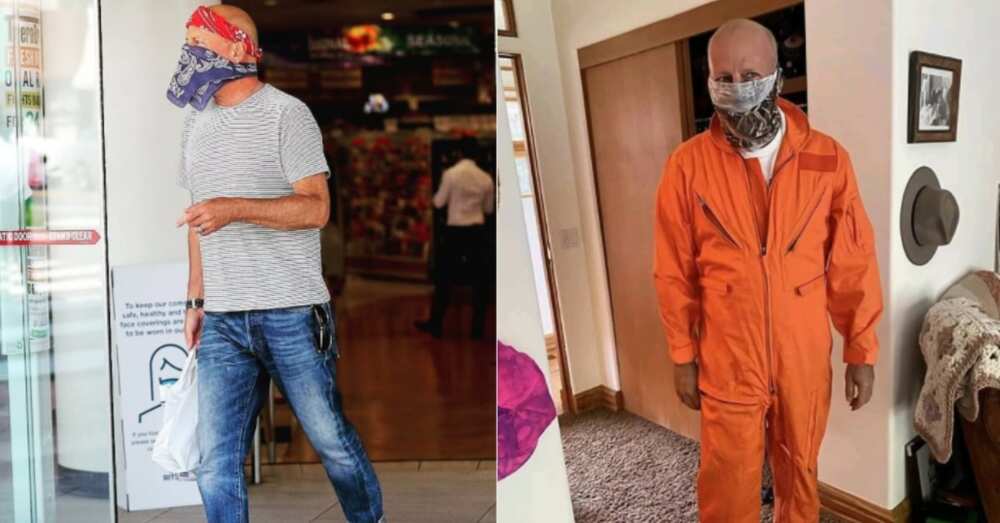 On any usual day, people would immediately get excited to see the guy they admired so much whenever they watched TV.

But this time around, Bruce’s presence angered a couple of people because of what was termed as stubborn behaviour.

A source that spoke to Page Six said the 65-year-old walked into the store with a bandana wrapped around his neck and when he was asked to put it over his nose, he declined.

The Die Hard actor chose to walk out of the store without the items he had gone to buy simply because he did not see the need to wrap half his face with a mask.

Later, after being met with criticism and disappointment from people online, Bruce released a statement.

Through People magazine, the actor said his actions were an error in judgement.

“Be safe out there everyone and let’s continue to mask up,” the 65-year-old said.

Bioreports earlier reported a pilot working for American Airlines was annoyed when a group of passengers turned his plane into a marketplace.

The MAGA supporters chanted, shouted and declined to wear their masks.

Whenever staff on the plane asked them to settle down, they ignored the pleas and kept shouting.

The pilot then threatened to divert the plane and dump each one of them in Kansas.

COVID-19: Is Nigeria ready for another lockdown | Bioreports