The Nigerian film industry is considered one of the biggest movie industries in Africa. From keeping millions of Nigerians delightfully entertained to making lots of people film stars, the movie industry has certainly come a long way.

While Nollywood is known for teaching life lessons with storylines reflective of our everyday reality, it also has a reputation for having actors play similar roles.

Just like it was easy to guess that a ghost would always appear in an all-white outfit, so was it with actors who often played the same type of characters all too well. 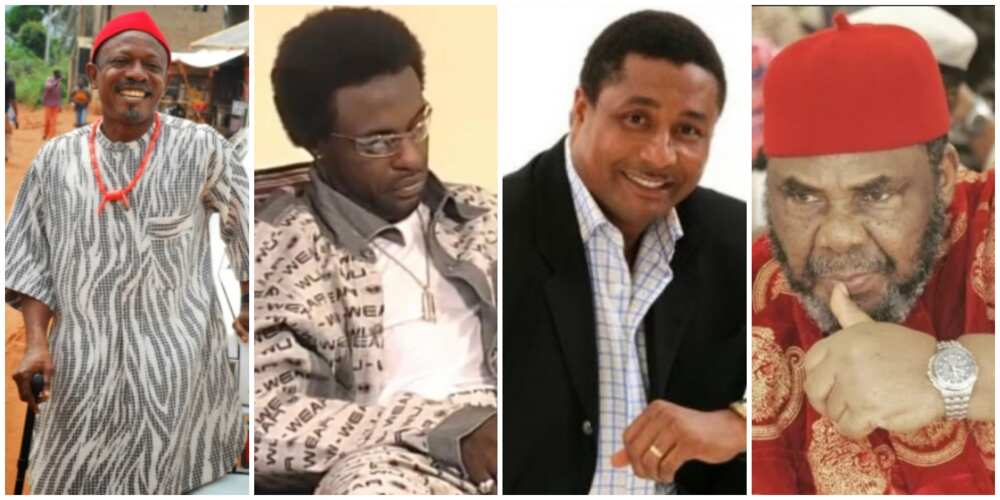 These actors have left their marks in the movie industry.
Photo credit: Bioreportsloaded, Nairaland, Nigerianinfopedia
.

While this practice received loads of criticisms, there are many people who have grown to love these actors and more often than not, can’t tell them apart from the roles they play.

Below are seven Nollywood actors who are known for specific roles:

Why Grey’s Anatomy Brought Back T.R. Knight as George

You already guessed it, a ritualist! The talented Nollywood actor is known for playing these roles so well, he has become one of the memes often used in the Nigerian online community.

If a KOK’s character isn’t using his wife and children for rituals, he probably has already initiated several young men and has kept one in his closet as a human ATM.

Tony Umez remains Nigerian’s number one ‘dorling’. The veteran actor is yet another film star who has left a mark in the industry.

Unlike KOK, Umez’s characters are often soft and desperately eager to please their lovers.

Looking for a man who would play the role of an indecisive husband easily carried away by a woman’s charms, enough to abandon his wife and children? Tony Umez will most definitely deliver!

Unarguably one of the best actors to ever interpret a typical Nigerian bad boy.

Jim Iyke’s stellar performance had so many people convinced he wasn’t just interpreting roles but being himself on TV.

He almost always played the role of the campus cultist, abusive boyfriend, junkie, unapologetic cheat or an aggressive lover in many of the early 2000s Nollywood production.

Iyke earned himself the Nollywood bad boy title and it isn’t hard to know why!

The godfather of Nollywood.

The prolific veteran actor who hit the limelight with his role as Okonkwo in the 1970 film, Things Fall Apart, has grown quite a reputation in the movie industry.

Known for playing the roles of powerful kings, deadly enemies and dreaded ritualist, Edochie who never misses an opportunity to drop heavy proverbs is yet another icon who has left his mark in the industry.

Agu who is still very much active in the industry has used his talent as an actor to redefine wickedness in ways many people didn’t think possible.

His characters are often those of wicked uncles killing their family members through diabolical means over a piece of land or in some cases, free access to their beautiful wives while maintaining faux innocence.

Ramsey also known as the original Romeo of Nollywood had all the ladies swooning every time he popped up on their screens.

His charm, good command of English and convincing smile had filmmakers continuously casting him as the lover boy who would go to the ends of the earth to be with the love of his life.

His characters knew how to love their partners but they sure knew how to juggle the women too.

Also known as Osuofia, Nkem’s roles as the cunning uncle or husband has earned him a place in the hearts of many Nollywood movie lovers.

His characters are often unassuming on the surface but pretty calculating within.

In other news, while some Nollywood actors may have broken hearts by getting married, there are still quite a number of them who have continued to serve fans with hot looks and charm which has got many people wondering how they’re still single.

Check out six Nollywood bachelors who are yet to get snagged.