– Lily Adeleye, of middle childhood, is already setting the pace for other kids of her young formative age

– The 6-year-old has just scored a first after her products got listed on the shelves of Target, a leading retail outfit in the United States

A kid in the US is well on her way to making business history in the coming years at the rate she is going.

Lily Adeleye, according to Afrotech, becomes the youngest CEO to have her products featured on the shelves of reputable retail store in the United States, Target. 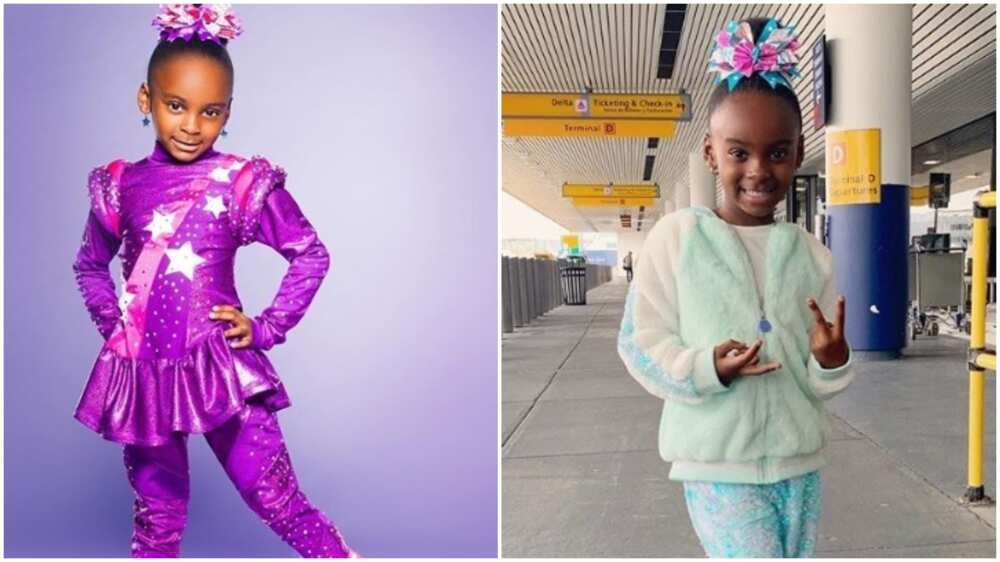 Unlike every other 6 year old kid in the world that would probably be in nursery school learning how to read and write and definitely not running a business, Lily is in a class of her own.

The young girl is into girly products as dresses, hair bows, lunch boxes and back packs.

Bioreports learnt that the child prodigy is a kidpreneur today thanks to business lessons she learnt from her mum Courtney Adeleye right before she turned 6.

As early as age 3 she exhibited business savvy tendencies and her CEO mum, founder of the Black Haircare line, noticed this and helped brush her up to become what she is today.

“At an early age, as she watched me build a successful business from the ground up, it exposed her to many possibilities and goals, so with that, we didn’t wait until she was an adult to help her pursue them”, her mum said.

In her own reaction to her achievements, the kidpreneur told Black Enterprise that “I own my own company, I don’t just like it, I love it.”

Meanwhile, Bioreports had earlier reported how a 33-year-old forex trade investor, Louis Boah, has made a big break in the 6-trillion daily-turnover industry after rising through a lot of tough times.

According to GhanaWeb, the young investor was bred in a broken home where he spent his childhood with his dad who did not have much money to give.

As the firstborn of five children, he needed to carry the burden of catering for his younger siblings.

Jare Ijalana: The most beautiful girl in the world is from Nigeria | Interview on Bioreports