Former heavyweight champion, Mike Tyson will be back in the boxing rings for the first time since his retirement in 2005.

The 54-year-old will face off with Roy Jones Jr in an eight-round exhibition fight at the Staples Center on November 28.

And this development sounds very exciting to the supporters of the American pugilist who last fought against Kevin McBride in 2005 – a match that ended in defeat in the sixth round.

However, the first set of pictures of Tyson in his professional boxing gears have been released with the American looking scary with his shape as reported by Sport Bible.

Donning a black short and gloves, the 54-year-old posed for the camera in a picture that came out in black and white.

And the publication claims it will not be out of place for anyone to mistake the image for the ones he took in 1986 when he stunned the world to become the youngest world heavyweight champion aged 20 years and four months.

Tyson announced he will come out of retirement this year and that decision has taken him back into the gym with serious work involved.

His hard work has seen him transform from who he used to look, to having a better body structure which some current heavyweight boxers cannot even boast of.

Aided by switching to a vegan lifestyle, Tyson’s turnaround has been remarkable and he has now whittled down to 230 pounds. He said to rapper Lil Wayne on Young Money radio, as per The Mac Life:

“I’m feeling better than I’ve ever felt in my life. God has been merciful to me man. I’m gonna get on with it, I’m looking good. 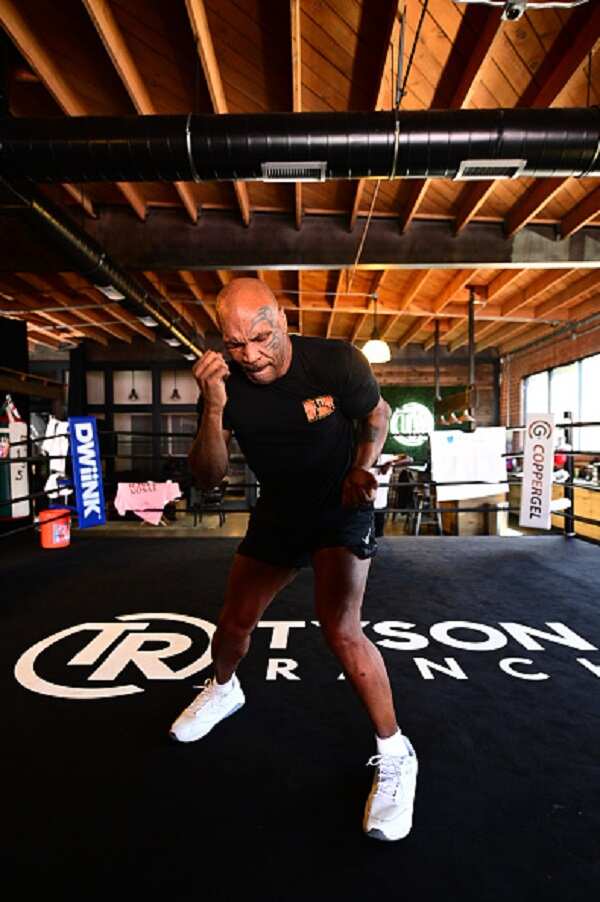 Tyson and Jones were slated to meet way back in 2003 but 17 years on, the legendary pair are mixing it up for eight two-minute rounds.

. earlier reported that former heavyweight champion Mike Tyson is in fine form ahead of his exhibition fight against Roy Jones Jr on November 28.

The Soweto Derby by the numbers: Kaizer Chiefs...

Meet the MittMobile: What to know about the...