Pirlo unfazed by talk of sack at Juventus

Motsepe on Caf presidency: ‘Don’t count your chickens before they hatch’

The Japanese athlete who is also the highest-paid woman in professional sports recorded a 6-4, 6-3 victory to emerge the queen of Melbourne for the second time.

The victory is Osaka’s fourth Grand Slam win in her last eight outings and three of them are on the hardcourt. 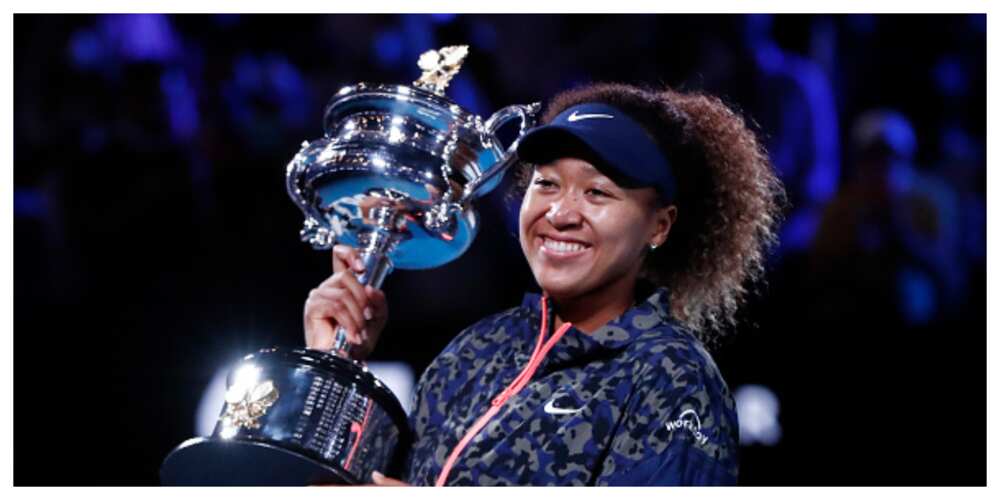 Osaka is will be named the World Number 1 after the tournament said after the game:

“I’d like to thank my team. I have been with them too long, all through quarantine, but they are like my family.

“They are the ones with me through training, my matches, the nervous talks. This one is for you.

“This feels incredible. I didn’t play my last slam with fans so to have this energy means a lot. Thank you for opening your hearts and arms towards us. Playing a Grand Slam is a super privilege and one I won’t take for granted.”

Osaka defeated Serena Williams in straight sets in her semi-final tie as she recorded her third win over the 39-year-old in the best of five meetings.

Meanwhile, Bioreports had earlier reported that Cristiano Ronaldo and Lionel Messi have fallen behind tennis star Roger Federer in terms of highest-paid celebrities in 2020.

The pair share 11 Ballons d’Or among each other and have dominated the game in the last 12 years with unimaginable respective goal scoring feats.

Ronaldo and Messi still maintain a high profile among football stars and sportsmen at large but Federer has moved ahead of the duo in the year 2020 marred with economic challenges.